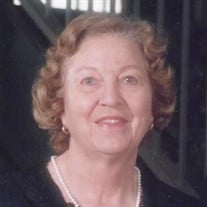 Alice L. Van Norman, 86 Minden Resident Alice Lenore Van Norman, passed away on Tuesday, September 19, 2017 at Bethany Home in Minden, NE following a long illness. Funeral services will be held at 11:00 a.m. on Friday, September 22, 2017 at the Minden United Methodist Church with Rev. Paul Blanchard and Rev. Lee Johnson officiating. Burial will follow services at the Minden Cemetery. Visitation will be held from 5:00 to 7:00 p.m. on Thursday, September 21, 2017 at the Craig Funeral Home in Minden. Craig Funeral Home in Minden is in charge of the arrangements. Alice was born on October 7, 1930 to Ira and Laura Smith in rural Rock County, Nebraska. She spent her childhood years on a ranch 25 miles south of Bassett, riding her pony to a one room school three miles from home. She had a sister, Charlotte, and younger brother, George. When she began high school, she lived in a dormitory in Bassett, going home for weekends and holidays. Upon graduation from Rock County High School in 1948, she attended Colorado Woman’s College in Denver for two years. Alice then returned to Bassett and taught 2nd grade until her marriage to Ray Van Norman on December 23, 1951. A favorite story in family lore is Ray’s drive to Bassett for the wedding through a Sandhills blizzard. He was forced to take refuge with a family south of Bassett until the weather cleared and he was able to arrive in time for the wedding. Alice and Ray made their home in Minden, NE for the majority of their lives. Both were very active in innumerable community and church affairs. Alice served as the Financial Secretary of the United Methodist Church, was a member of the Methodist Women’s Club, and a mentor for Confirmands. She held many positions in Eastern Star as well as served as Worthy Matron. The Van Norman’s were big fans of all kinds of music and virtually any sport. A highlight was attending Husker football games and sitting down afterward to a family dinner to rehash the day. This routine continued for years and the memories will be cherished. Genealogy was a passion of Alice’s and she was active in the local chapter of the Nebraska State Genealogical Society. She was always excited to share a new discovery made in her research. She kept up an active correspondence with relatives far and wide to further her knowledge of the family. The records she compiled are treasured by her family. Before the days of the internet, research required hours of looking at microfilm, visiting courthouses, and stopping at cemeteries across the country. Alice will be remembered as a gentle, generous soul. She was kind and loving to everyone and nurturing to her children and grandchildren. She had a great sense of humor and willingly encouraged Ray’s one-liners. When her personality began to fade away during her extended illness, her family mourned her loss and again, mourns her passing from this earth. Alice is survived by her four children, Laureen Van Norman (Steve Hanson) of Lincoln, NE, Nancy Weber (Craig) of Kearney, NE, Kurt (Annette) Van Norman of Omaha, NE and Kris (Jeanie) Van Norman of Houston, TX ; grandchildren, Alicia Harrison, Marissa Harrison Chadek (Andy), Sam Weber (Bailey Nelson), Kyle (Amanda) Van Norman and Alex Van Norman, Jake Grasmick (Rebekah Manz) and Kristopher and Drew Van Norman; one great-grandchild, Gavin Goble. She was preceded in death by her husband of 59 years, Raymond. Memorials are suggested to Bethany Home in Minden or to the Alzheimer’s Association.

The family of Alice L. Van Norman created this Life Tributes page to make it easy to share your memories.