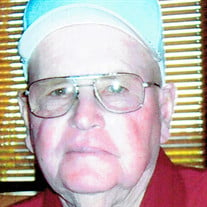 Harold Robert “Bob” Roads Harold Robert “Bob” Roads died on February 17, 2017 at Valley Baptist Hospital in Harlingen, Texas surrounded by family. Funeral services will be on Saturday, April 29, 2017 at 11:00 a.m. the First Presbyterian Church in Axtell with Pastor Darren Popple officiating. Nov visitation. Burial will be in the Pleasant Hill Cemetery in Axtell. Craig Funeral Home of Minden is in charge of local arrangements. Bob was born in Phelps County, Nebraska on a farm North East of Funk on January 07, 1933, the second of three children born to Harold & Myrtle (Englund) Roads. From his home he could see the Prairie Rose District 11 County School which he later attended. The school joined Axtell when he was in the 7th grade and he graduated from Axtell Community School with the class of 1950. He served his country during the Korean War. Bob was a truck driver. He drove for Mc Ques in Kearney before moving to Omaha and working for Navaho & ABF. He was married to Jean Rothe April 24, 1961 in Council Bluffs, Iowa and to this union three children were born Debbi, Tammi & Jeff. His marriage ended in divorce. After Bob’s retirement he bought a 5th wheel and traveled working at National Parks. The last 22 years he has lived in Harlingen, Texas. Bob enjoyed music and dancing with his friend June Douglas. He was faithful in church attendance. His constant companion was his dog Scooter. Survivors include his son Jeff (Lisa) Roads of Homestead, Iowa, son-in-law Ric Swanson of Council Bluffs, his grandchildren Jesse, Nic, Sammi, Matthew, Andrea, Abbe, Isabella & Jakob; Brother Don (Sue) Roads & Sister Mary Ann Olson, of Axtell, NE, Great Grandchildren Collin and Maycee, Nephews – Dan Olson, Jerry Roads and Brian Olson, Nieces – Kathy Johnson, Lori Brashers and Sherri Roads. He was preceded in death by his 2 daughters Debbi Saldivar April 22, 2016 and Tami Swanson January 16, 2017 and his parents Harold in 1987 and Myrtle Roads in 1993, Brother-in-law Charles Olson and Niece Jayne Adams.

The family of Bob Roads created this Life Tributes page to make it easy to share your memories.

Send flowers to the Roads family.