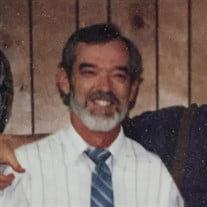 Bruce A. Deisley, 69, of Minden, passed away on Monday, February 11, 2019 at his home in Minden. Memorial services will be held at 10:00 a.m. on Saturday, March 9, 2019 at Fredericksburg Lutheran Church with the Rev. Donald Hunzeker officiating. Inurnment will be held following services at the Upland Cemetery. There will be no visitation as the family has honored Bruce’s wish to be cremated. Memorials in Bruce’s honor are kindly suggested to the family for later designation. Craig Funeral Home is in charge of the arrangements. Bruce was born on November 18, 1949 in Minden, Nebraska to Marvin and Eleanor (Shannon) Deisley. He attended school in Minden. He was united in marriage to Sherry M. Hall on November 4, 1969 in Norman, Nebraska. The couple was blessed with two sons, Chad and Mitch. The family made their home in Norman until moving to Minden in 2007. Bruce served his country with the United States Army during the Vietnam War and was honorably discharged on June 24, 1971. He later worked as a deputy sheriff and then at Eaton Manufacturing Corp. in Kearney for many years. Bruce enjoyed spending time with family; especially watching his grandchildren’s sporting activities. Those left to cherish his memory include his sons, Chad (Krissy) Deisley of Arapahoe, NE and Mitch (Jill) Deisley of Pleasant Dale, NE; grandchildren, Morgan, Tanner, Johnathan and Madison Deisley; mother, Eleanor Deisley; sister, Jeri (Terry) Danielson; as well as a host of nieces, nephews, other relatives and friends. He was preceded in death by his father, Marvin; wife, Sherry; daughter-in-law, Paula Deisley and brothers, Bob and Jerry Deisley; Mother and Father-in-law, Elsie and Maynard Hall; brother-in-law, Rick Hall. Tributes of memory can be shared with the family at www.craigfunerals.com.

Bruce A. Deisley, 69, of Minden, passed away on Monday, February 11, 2019 at his home in Minden. Memorial services will be held at 10:00 a.m. on Saturday, March 9, 2019 at Fredericksburg Lutheran Church with the Rev. Donald Hunzeker officiating.... View Obituary & Service Information

The family of Bruce A. Deisley created this Life Tributes page to make it easy to share your memories.

Bruce A. Deisley, 69, of Minden, passed away on Monday, February...