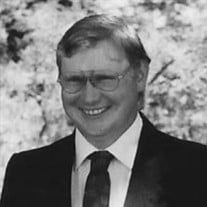 Casey S. Sinsel, 56, of Minden, passed away on Monday, January 10, 2022 in Loveland, CO. Funeral services will be held at 10:30 a.m. on Saturday, January 15, 2022 at the Minden United Methodist Church with the Rev. Peter Choi officiating. The service will be live-streamed to the church’s Facebook and YouTube channels. Interment will be held following services at the Liberty Cemetery, north of Minden. Visitation will be held from 5:00 to 7:00 p.m. on Friday, January 14, 2022 at Craig Funeral Home in Minden. In lieu of flowers, memorials in Casey’s honor are kindly suggested to the family for later designation. Craig Funeral Home is in charge of the arrangements. Casey Sinsel was born on March 23, 1965 in Minden, Nebraska to Edward Sinsel, Jr. and Viola (Johansen) Sinsel. He grew up on a farm northeast of Minden. He attended Minden Public Schools and graduated in 1983. He earned a Bachelor’s degree in 1989 from Kearney State College. He was united in marriage to Micki Thomas November 1, 1986 in Norton, Kansas. To this union three children were born: Samantha, Trevor, and Hillary. The family lived in both Beaver City and Minden. Casey held many jobs throughout his life and finished his working career on the family farm with his brother Dean. Casey was a lifelong Nebraska Cornhusker fan and enjoyed the Kansas City Royals and Chiefs. Some of his favorite hobbies were bowling, fishing, watching movies and listening to music. He loved spending time with his family, especially his grandchildren. Casey was a kindhearted man, with a gentle soul and always had a smile on his face. Those left to cherish his memory include his son, Trevor Sinsel of Loveland, CO; daughters, Samantha Sinsel (Travis Bennett) of Loveland, CO, and Hillary Sinsel (James Morris) of Loveland, CO; five grandchildren; brothers, Dean Sinsel (Karma) of Minden, Kelly Sinsel (Michelle) of York, and George Sinsel (Stacy) of Minden; sister, Dianne Redden (Bernie) of Fairfax, IA; as well as many nieces and nephews. Casey was preceded in death by his parents, and his brother Danny. Tributes and memories can be shared with the family at www.craigfunerals.com.

Casey S. Sinsel, 56, of Minden, passed away on Monday, January 10, 2022 in Loveland, CO. Funeral services will be held at 10:30 a.m. on Saturday, January 15, 2022 at the Minden United Methodist Church with the Rev. Peter Choi officiating.... View Obituary & Service Information

The family of Casey S. Sinsel created this Life Tributes page to make it easy to share your memories.