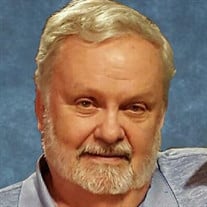 Charles “Chuck” Leslie Pinkham, 78, of Minden, passed away on Tuesday, July 6, 2021 at CHI- Good Samaritan Hospital in Kearney. A celebration of life service will be held at 10:00 a.m. on Saturday, July 31, 2021 at Minden Evangelical Free Church with Rev. Tom Barnes officiating. Interment will be held following services at the Minden Cemetery with military honors presented by the Minden American Legion and Heartwell Veterans of Foreign Wars. In lieu of flowers, memorials in Chuck’s honor are kindly suggested to the family for later designation. Craig Funeral Home is in charge of arrangements. Charles Leslie Pinkham was born on April 13, 1943 in Omaha to Leslie and Doris (Latham) Pinkham. He graduated from Kearney High School with the Class of 1961. After graduation, he faithfully served his country in the United States Navy from 1961 to 1965. Chuck received a degree in Economics from Kearney State College. He then moved to Aurora where he enjoyed having Pinkham Financial Services on the square, as well as being a member of the United Methodist Church and choir. He also served as president of the Alice M. Farr Library and enjoyed being a member of Rotary. Those left to cherish his memory include his sons, Charles Scott Pinkham and his wife, Lorie, of Minden and Kevin Neal Pinkham of Loveland, CO; daughter, Anissa Pinkham Potter and husband, Jonathan of Portland, ME; grandchildren from Charles Scott and Lorie: Christopher and his wife, Faith, of Minden, Joshua, Callie, USN Petty Officer 2nd Class Sophie and USAF Sr. Airman Ian Pinkham; grandchildren from Anissa: Cass Pinkham of Minneapolis, MN, Charlotte and Aghna Pinkham Potter of Portland, ME; great-granddaughters from Christopher and Faith: Eleanor Rose and Elizabeth; brother, Joe Pinkham and his wife, Geri, of Lexington, SC; sisters, Rhonda Stines and her husband, Ken, of Grand Island and Leslie Weber of Bullhead, AZ; as well as a host of other relatives and close friends. Chuck is preceded in death by his parents, Leslie and Doris; sister, Nila (Pinkham) Bachkora; and brother-in-law, Lynn Weber. Tributes and memories can be shared with the family at www.craigfunerals.com.

The family of Charles L. Pinkham created this Life Tributes page to make it easy to share your memories.

Charles “Chuck” Leslie Pinkham, 78, of Minden, passed away on...