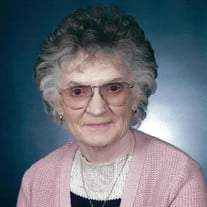 D. Suzanne Lind Kimple, 89, of Minden, passed away on Wednesday, April 22, 2020 at her home. Due to current health restrictions from the COVID pandemic, celebration of life services will be scheduled at a later date. Private family inurnment will be held at Minden Cemetery. Memorials in Suzanne’s honor are kindly suggested to Bethany Lutheran Church in Minden, AseraCare Hospice in Kearney, or to Kearney County Health Services. Craig Funeral Home is in charge of arrangements. D. Suzanne Lind Kimple was born on January 1, 1931 to Alexander and Wilhelmina (Jankow) Gochis in McCook. She lived there until her graduation from high school; she then entered Colorado Women’s College in Denver, graduating in 1950. She worked in Denver as a secretary, where she met Jack G. Lind. They were married October 31, 1953 in Denver, and to this union five children were born. Upon Jack’s graduation from Denver University in 1961, they moved to Thornton, Colorado where Jack taught school and coached, and then in 1963 they moved to Julesburg, Colorado. In 1965, they moved to Minden, Nebraska where she worked for the Meier & Adkins Law Firm until 1978, when they bought Hiway Liquor and added “The Bistro”, until 1988. Jack passed away in 1991. On February 12, 1994, she married Dale G. Kimple, who passed away in 2004. She was a member of St. Mark’s Episcopal Church in Hastings, Nebraska where she was a member of the Altar Guild until 2014. At that time, she became a member of Bethany Lutheran Church of Minden, where she enjoyed being an active member of the Altar Guild, Mariam Circle and serving wherever needed. She was an active member of the Order of the Eastern Star for forty years. She also enjoyed volunteering and working at the Minden Clinic as a receptionist. Those left to cherish her memory include: her five children; Krisana (Joe) Taylor of Lincoln, Jeffrey (LeeAnne) Lind of Hastings, Linea (Craig) Bonham of Franklin, Steven (Vicky) Lind of Phillipsburg, KS, and Marty (John) Anderson of Minden; grandchildren, Matt (Ann) Miller of Beatrice, Katie (Steven) Fulton of Omaha, Jenni (Micah) Cadlwell of Lincoln, Jack Lind of Lincoln, JD (Erica) Bonham of Franklin, Ryan (Jeanne) Bonham of Franklin, Stephanie (James) Wright of Minden, and Scott Anderson of Kansas City, KS; twenty-one great-grandchildren; children of Dale Kimple, Jack G. (Candy) Kimple of Minden, and Kerry (Shari) Kimple of Omaha; grandchildren, Travis (Danielle) Kimple of Kansas City, KS and Lindsy (Jeremy) Pettinger of Omaha; four great-grandchildren; sister, Catherine Gibson of Phoenix, AZ; as well as a host of extended relatives and friends. She was preceded in death by her parents; two sisters, Jean and Mary. Tributes and memories can be shared with the family at www.craigfunerals.com.

D. Suzanne Lind Kimple, 89, of Minden, passed away on Wednesday, April 22, 2020 at her home. Due to current health restrictions from the COVID pandemic, celebration of life services will be scheduled at a later date. Private family inurnment... View Obituary & Service Information

The family of D. Suzanne Lind Kimple created this Life Tributes page to make it easy to share your memories.

D. Suzanne Lind Kimple, 89, of Minden, passed away on Wednesday,...