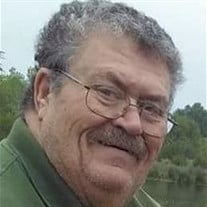 Duane Keith Cleveland, 69 of Holstein, passed away on September 12, 2018 at his home. Celebration of Life Services will be held at 3:00 p.m. on Saturday, September 15, 2018 at the Grace United Methodist Church in Holstein with the Rev. Rosalie N. Smith Anderson officiating. A BBQ reception will follow the service from 4:00 to 6:00 p.m. at the Holstein Park. There will be no visitation as the family is honoring Duane’s wish to be cremated. Private family inurnment will take place at a later date. Memorials in Duane’s honor are kindly suggested to the family for later designation. Craig Funeral Home is in charge of the arrangements. Duane was born on February 14, 1949 in Plainview, Nebraska to George Lon and Mildred Pauline (Loney) Cleveland. He grew up in Hastings and graduated from Hastings Senior High School. He was united in marriage to Stephanie Brown on November 6, 1982 in Hastings. The family lived in Juniata where Duane was employed at the Juniata Feedyard. They later moved to Holstein where he owned and operated CG Company. Duane was an avid outdoorsman, a great father and a good cook. He was also a friend to many. His hobbies included fishing, hunting, shooting, roping, golfing, motor-cross events and sports. Those left to cherish his memory include his wife Stephanie; sons, Randall Cleveland, Justin and wife Ashley Cleveland, Keith and wife Michelle Cleveland and Luke and wife Daphne Cleveland; daughters, Teresa Uden and husband Scott and Kacy Noyd and husband DaVerne; mother, Mildred Pauline Hooks; several grandchildren; sisters, Barbara Howell and Donna Schwartz and husband Melvin; mother-in-law, Judy Brown; as well as a host of other relatives and friends. He was preceded in death by his father, George Cleveland; step-father, Gene Hooks; sister, Charlotte Seaman and father-in-law, Delvin Brown. The family would like to extend their sincerest thanks to the Holstein Rescue Squad and Fire Dept. as well as to the dedicated staff of CHI Health and Asera Care Hospice. Tributes of memory can be shared with the family at www.craigfunerals.com..

Duane Keith Cleveland, 69 of Holstein, passed away on September 12, 2018 at his home. Celebration of Life Services will be held at 3:00 p.m. on Saturday, September 15, 2018 at the Grace United Methodist Church in Holstein with the Rev.... View Obituary & Service Information

The family of Duane K. Cleveland created this Life Tributes page to make it easy to share your memories.

Duane Keith Cleveland, 69 of Holstein, passed away on September...

Send flowers to the Cleveland family.