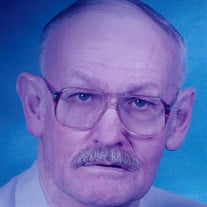 Gary Dale Day, 73 years of age from Hildreth, NE passed away on April 14, 2017 at Kearney Regional Health Center in Kearney, NE.  Memorial services will be on Wednesday, April 19, 2017 at 11:00 a.m. at the Trinity Lutheran Church in Hildreth with Reverends Steve and Patti Byrne officiating.  Burial will be at a later date.  Jelden-Craig Funeral Home is in charge of arrangements.   Gary was born on May 23, 1943 in Lenox, Iowa to Vernon and Opal (Huber) Day.   He graduated from the Lenox High School in 1961.  Gary served in the U.S. Army National Guard from 1963 until 1968.   On September 30, 1966 he married the love of his life, Gayle Nelson, in Farragut, Iowa.  Gary and Gayle resided in Iowa until 1971 when they moved to Minden Ne with their two boys Duane and Dennis.  Gary began his long career as an over the road truck driver.  The family moved to Hildreth in 1974 where they raised their family.  Gary had several hobbies.  He enjoyed being with his family, working on his semi and watching WWE wrestling.  He loved his family and always had a smile and a hug for them. Gary could light up a room without saying a word.  Memorials will be designated at a later time. Survivors include his wife, Gayle of Hildreth; two sons, Duane Day and friend, Kriste Mott of Kearney and Dennis Day and friend, Danielle McLachlan of Westminster, CO; four grandchildren, Edward Ross, Christopher Day, Gabrielle Day, and Emily and her husband Alex Shearer; and great granddaughter, Aria Shearer; two brothers, Norman Dean Day and wife, Julia of Blue Grass Iowa and Doyle Day of Red Oak, Iowa; sister, Carol Smith and husband, Ernie of Gravity, Iowa and many nieces and nephews.  He is preceded in death by his parents Vernon and Opal Day, two brothers, Lyle and Gale and sister, Joyce.

Gary Dale Day, 73 years of age from Hildreth, NE passed away on April 14, 2017 at Kearney Regional Health Center in Kearney, NE.  Memorial services will be on Wednesday, April 19, 2017 at 11:00 a.m. at the Trinity Lutheran Church in Hildreth... View Obituary & Service Information

The family of Gary Dale Day created this Life Tributes page to make it easy to share your memories.

Send flowers to the Day family.