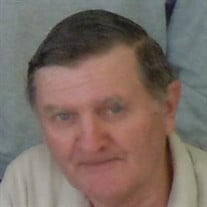 Gerald “Jerry” Haffey, 73 years of age from Axtell, Nebraska died on Monday, August 1, 2016 at UNMC in Omaha. Funeral services will be on Tuesday, August 9, 2016 at 11:00 a.m. at the St. John’s Catholic Church in Minden with Father Thomas Lux officiating. Burial will be in the Pleasant Hill Cemetery in Axtell. Visitation will be at the Layton-Craig Funeral Home in Minden on Monday from 6-8 p.m. Jerry was born on September 14, 1942 in Oxford, NE to Leo and Clementine (Nurdin) Haffey. He grew up in the Oxford area and graduated from Oxford High School then graduated from Milford Tech in auto body repair. On September 24, 1962 he married Kay Quinn. They moved to Axtell in 1971. Jerry worked in the area as an auto body repairman for 20 years and then worked at the Eaton Corporation in Kearney for 23 years, retiring in 2004. While at Eaton’s he was the Fire Chief of their brigade and was instrumental in starting the EMT program there. He was an active EMT and Fire Fighter with the Axtell Vol. Fire Dept., retiring after 20 years of service, then became an active retired member of that department. Jerry enjoyed classic cars and visiting with people. Most of all he loved being around his family. Memorials are suggested to the Axtell Vol. Fire Department. Survivors include his wife, Kay of Axtell; daughter, Angelia Weaver of Axtell; three sons, Jeffrey Haffey and wife, Wendi of Axtell, Nicholas Haffey of Axtell and Kyle Haffey and wife, Jennifer of Missouri Valley, Iowa; 10 grandchildren; 5 great grandchildren; sister, Marilyn Martin and husband, Steve of Arapahoe; brother Tom Haffey and wife, Kay of Lincoln; sister in-law, Kim Wilsey and husband, Phil of Grand Island; brother in-law Dick Quinn and wife, Carla of McCook and many nieces and nephews. He is preceded in death by his parents.

The family of Gerald "Jerry" Haffey created this Life Tributes page to make it easy to share your memories.

Send flowers to the Haffey family.