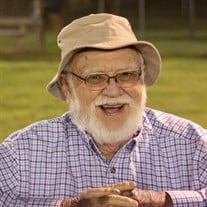 Glenn Ray Bertrand, 77, of Lincoln, NE, formerly of Minden, NE, passed peacefully on the morning of Friday, June 18, 2021 at Bryan Medical Center in Lincoln, NE. Glenn spent his last days with his wife of 48 years, Jae, and their three children. In traditional Glenn fashion a celebration of life will be held “Next Tuesday” June 22, 2021 at 2:00 p.m. at Westminster United Presbyterian Church in with the Rev. Sharon Rees and Rev. Marcia Dorn officiating. For those unable to attend, the service will be streamed to the church’s Facebook page. Private family inurnment will be held prior to services at the Minden Cemetery. The family has honored Glenn’s wish to be cremated and there will be no visitation. In lieu of flowers, memorials are suggested to the family for later designation. Craig Funeral Home in Minden is in charge of the arrangements. Glenn was born March 29, 1944 to Bernard and Milrae (Christiansen) Bertrand. He graduated from Upland (NE) High School but received his education in the wheat fields of Colby, KS. On April 21, 1973 Glenn was united in marriage to Jae (Peacock) Bertrand. To this union three children were born. After a brief stay in Colby, KS they made their home in Minden, NE. Throughout the years Glenn managed the Legion Club and was a salesman for Morton Buildings and John Deere. On August 31, 2013, Glenn was blessed to receive a donated kidney. Following retirement they moved to Lincoln, NE. Glenn never met a joke he couldn’t tell or a tractor he couldn’t sell. He loved to spend time with friends and family around campfires and brunch tables, however his greatest joy in life was becoming “Paco” to his eight grandchildren. Following heart surgery in February of this year, Glenn spent an extended time in hospitals where he continued to make friends and leave lasting impressions. Glenn is survived by his wife Jae; his son from a previous marriage, Christian and wife, Karen of Sonoma, CA; son, Matthew and wife, Peggy of Humphrey, NE; daughter, Rachel and husband, Chris of Lincoln, NE; son, Eric and wife, Nicole of Sidney, NE; grandchildren, Savannah, Zane, Paxton, Nora, Sidda, Selah, Joslyn, and Emma; sisters, Dolly (Orlan) Grams and Cindy (Ron) Schneider; brothers, Leon Bertrand and Gale Bertrand; sister-in-law, Sharon (Richard) Baldwin; brother-in-law, Roger (Dorothy) Peacock; and more friends and family than can possibly be listed. Glenn was preceded in death by his parents; his in-laws, Keith and Vivian Peacock; an infant brother, Wayne; brother, Jim; sisters-in-law, Luyre Bertrand and Cinda Bertrand. Tributes and memories can be shared with the family at www.craigfunerals.com.

Glenn Ray Bertrand, 77, of Lincoln, NE, formerly of Minden, NE, passed peacefully on the morning of Friday, June 18, 2021 at Bryan Medical Center in Lincoln, NE. Glenn spent his last days with his wife of 48 years, Jae, and their three... View Obituary & Service Information

The family of Glenn R. Bertrand created this Life Tributes page to make it easy to share your memories.