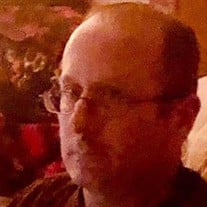 Jason C. Cole, 44, of rural Macon, passed away on Saturday, November 28, 2020 at his home after a courageous battle with cancer. Private family and friend services will be held at the Zion Lutheran Church west of Macon with the Rev. John Gosswein officiating. Those invited to the service will be required to wear a face mask. The service will be streamed to the Craig Funeral Home Facebook page. Private family inurnment with military honors will be held at a later date at the Goleta Cemetery in Santa Barbara, California. There will be no visitation as the family has honored Jason’s wish to be cremated. In lieu of flowers, memorials in Jason’s honor are kindly suggested to the Iraq and Afghanistan Veterans of America Fund, The Help Care Clinic in Kearney, or to the Franklin Food Pantry. Craig Funeral Home in Minden is in charge of the arrangements. Jason Christopher Cole was born on December 24, 1975 in San Francisco, California to Baron and Nancy (Hendry) Cole. He grew up in Santa Cruz, CA, St. Louis, MO, Malcolm, NE, and Alma, NE, following his parents through seminary and pastoral calls .In St. Louis, one of his elementary school teachers informed his parents that he was “Full of facts”. Jason graduated from Alma High School with the class of 1994 where he was elected the class president and delivered the commencement address. Following his High School graduation, he attended Iowa State University and worked several technical health care jobs. Jason then honorably served his country with the United States Army from 2001 to 2010; where he attained the rank of Staff Sargent. He served two tours of duty in Iraq. Jason was able to speak fluent Arabic. After his military tenure, he attended school at the University of Nebraska at Lincoln where he graduated with honors, majoring in French and History. Jason’s hobbies included reading, research, history and gaming. He was known for his dry sense of wit and took great pride in not only telling, but proving his sister wrong at any given moment. Jason also had an incredible gift of being able to get out of trouble while growing up using his sense of humor and ability to make people laugh. Jason was truly a family oriented person and loved the bonds he shared with each of them. Those left to cherish his memory include his parents, Baron and Nancy Cole of Macon; sister, Sarah Cole of Lawrence, KS; aunt and uncle, James and Elaine Keenan of Santa Barbara, CA; cousins, Michael and Michelle Keenan of Valparaiso, IN, Gary Keenan of Santa Barbara, CA, Robert and Betty-Jo Keenan of Fallbrook, CA, and Karen and Jeffrey Grainger of Albuquerque, NM; as well as a host of extended relatives and close friends. He was preceded in death by his maternal grandparents, Charlotte and Dayton Hendry, and paternal grandparents, Harold Cole and Ruth Cole. Tributes and memories can be shared with the family at www.craigfunerals.com.

Jason C. Cole, 44, of rural Macon, passed away on Saturday, November 28, 2020 at his home after a courageous battle with cancer. Private family and friend services will be held at the Zion Lutheran Church west of Macon with the Rev. John... View Obituary & Service Information

The family of Jason C. Cole created this Life Tributes page to make it easy to share your memories.

Send flowers to the Cole family.