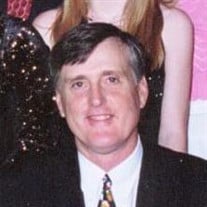 Jeff C. Driscoll, 60 years of age from Axtell, NE died on Thursday, June 30, 2016 at the Good Samaritan Society in Ravenna. Celebration of life services will be on Tuesday, July 5, 2016 at 2:00 p.m. at the First Presbyterian Church in Axtell. Visitation will be at the church on Tuesday from 10:30 until noon on Tuesday. Burial will be in the Pleasant Hill Cemetery in Axtell prior to the memorial service. Layton-Craig Funeral Home of Minden is in charge of arrangements. Memorials are suggested. Jeff was born August 11, 1955 in Minden NE to Lloyd and Alice (Carter) Driscoll. He grew up on farm NW of Axtell and attended Axtell Community School. Graduated in 1973. He attended UNL where he obtained a degree in Agricultural Engineering in 1977. He was a member of Ag Men fraternity and enjoyed the relationships with his “brothers.” He returned home to the family farm where he worked hand in hand with his father until his passing in June 1997 at which time he started farming on his own. He and son John spent many hours in all aspects of farming which they greatly enjoyed. Jeff attended Axtell Presbyterian Church where he was baptized and confirmed. He was actively involved as elder, Sunday school teacher and youth group leader. Served 18 years on the local coop boards including Midland Coop and CPI. Served on the Axtell School Board from 2005 – 2009. From 2002-2004 Jeff was a member of the Nebraska Lead Group promoting agriculture and enjoyed the friendships formed through this organization. Jeff was a strong supporter of the ag industry and was always interested in the new technology being developed. Jeff deeply loved farming and was always optimistic no matter what the situation was. He was actively involved in coaching his children’s sports teams including basketball, softball and baseball. Jeff married Beverly Epping on May 31, 1986 at the First Presbyterian Church in Axtell. The couple had two children. John Michael Driscoll born October 1, 1989 and Kelsey Lynne Driscoll born August 7, 1991. They recently celebrated their 30th Anniversary. Jeff’s hobbies included sports, staying current on ag issues, Husker Football and following his children’s activities. He was a person who never had anything negative to say about anyone. He will be deeply missed. In August 2009 Jeff suffered a brain bleed, which left him unable to live at home. He moved to the Good Samaritan Society in Ravenna in April 2011 and remained there until his passing. He enjoyed the relationships he had with both residents and staff during this time. Despite his disability he was always a loving and caring person to those who knew him. He was able to attend his son’s wedding on June 11, 2016 and enjoyed seeing many friends once again. Survivors include wife Bev of Kearney, son, John (Helia) of Axtell, daughter Kelsey (Landon Spurling) of Shickley, sisters, Susan Mayer and husband Jim of Omaha, Rachael Phillips and husband Allen of Axtell, many nieces and nephews, and cousins as well as a host of friends. He was preceded in death by his father, Lloyd Driscoll on June 21, 1997 and mother, Alice Driscoll March 27, 2016.

Jeff C. Driscoll, 60 years of age from Axtell, NE died on Thursday, June 30, 2016 at the Good Samaritan Society in Ravenna. Celebration of life services will be on Tuesday, July 5, 2016 at 2:00 p.m. at the First Presbyterian Church in Axtell.... View Obituary & Service Information

The family of Jeffrey C. Driscoll created this Life Tributes page to make it easy to share your memories.

Send flowers to the Driscoll family.