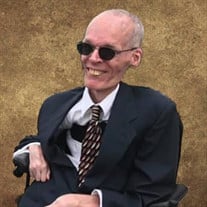 Jeffrey S. Krull, 57, of Minden passed away on Saturday, July 17, 2021 at his home. A celebration of life service will be held at 10:30 a.m. on Wednesday, July 28, 2021 at the Minden United Methodist Church with the Rev. Tom Barnes officiating. The service will be live streamed to the Minden United Methodist YouTube channel and later shared to the funeral home’s Facebook page. It was Jeff’s wish that everyone wear sports attire or a bright colored shirt to the service. In lieu of flowers, the family requests memorials in Jeff’s honor to the Jeffrey Krull Memorial Scholarship Fund. Craig Funeral Home is in charge of arrangements. Jeffrey Scott Krull was born April 14, 1964, in Hastings, Nebraska, to Dale and Lee (Augustin) Krull. He grew up in Minden and graduated from Minden High School in 1982. He attended Kearney State College (now UNK) and graduated with his bachelor’s degree in psychology. Jeff worked a variety of jobs in the helping professions—most notably—Curtis and Associates in Kearney and Mosaic (formerly Bethphage Mission) in Axtell. Jeff was particularly proud of his accomplishments as an entrepreneur. He employed more than 20 people in his telecommunications business for several years in the 90s. Jeff was married to Elaine Cleveland August 24, 2002. They later divorced. Jeff was active in his church and community. He served on numerous boards and advisory committees, mentored many teens and young adults, and supported a plethora of sporting activities over the years. He was a member of the Evangelical Free Church of Minden, co-founded and was Council President of Be the Gift Nebraska affiliate, and served on the Good of the Whole Board, CHI Good Samaritan Patient and Family Advisory Council, and served as President of the Board of Directors for Independence Rising out of Grand Island. Jeff loved serving others and always put his family, friends, and community before himself. He was an avid and dedicated sports fan of almost every sport, but more particularly Nebraska Cornhusker Football, the Kansas City Royals, and all junior high, high school and college sports that his nieces and nephews participated in. Those left to cherish his memory include his parents Dale and Lee Krull of Kearney; brother Kevin and his wife Julie Krull of Minden, their kids and grandkids Spencer and Regina Krull (Raelyn and Bexley) of Kearney, Quincey and William Miller (Willow) of West Orange, NJ, Cody and Lindsey Krull (Kooper and Collin) of Minden; sister Brenda and her husband Scott Wiltfong of Grand Island, and their kids Riley and Taylor Wiltfong of Milford, Carson Wiltfong of Minden, and Kalee Wiltfong of Grand Island. He also leaves behind many aunts, uncles and cousins. Jeff was loved and adored by an abundance of friends from near and far. His enduring kindness and compassion will live on in the lives of many for generations. He was preceded in death by his grandparents. Tributes and memories can be shared with the family at www.craigfunerals.com.

Jeffrey S. Krull, 57, of Minden passed away on Saturday, July 17, 2021 at his home. A celebration of life service will be held at 10:30 a.m. on Wednesday, July 28, 2021 at the Minden United Methodist Church with the Rev. Tom Barnes officiating.... View Obituary & Service Information

The family of Jeffrey S. Krull created this Life Tributes page to make it easy to share your memories.

Jeffrey S. Krull, 57, of Minden passed away on Saturday, July...