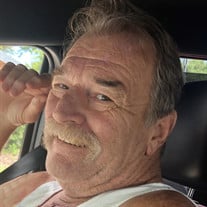 John R. Dornhoff, 64, of Heartwell, passed away on Thursday, August 29, 2019 at Kearney Regional Medical Center. A memorial mass will be held at 11:00 a.m. on Saturday, September 7, 2019 at St. John’s Catholic Church in Minden with the Rev. Julius Tvrdy officiating. Private family inurnment will be held at a later date. There will be no visitation as the family has honored John’s wish to be cremated. In lieu of flowers, memorials in John’s honor are suggested to the family for later designation. Craig Funeral Home is in charge of the arrangements. John Ray Dornhoff was born on June 20, 1955, in Hastings, to Kenneth R. and Jacqueline A. (Haws) Dornhoff. He grew up and attended school in the Minden area, where he graduated with the Minden High School class of 1973. John was blessed with two children, Felice and Stanley. The family made their home in the Minden, Heartwell, and Kenesaw area, where John owned and operated the Hat Kreek Ranch. John was a member of Holy Family Catholic Church. He enjoyed spending time with family, especially his grandchildren. He also took great interest in R/C cars, fishing, hunting Elk in Wyoming, following NASCAR ( where he was an avid Tony Stewart fan), horse riding, going mudding, woodworking, and working on anything with a motor. John could fix just about anything that was broken. Those left to cherish his memory include his children, Felice Sikes and husband Casey of Alma, and Stanley Dornhoff of Heartwell; grandchildren, Alice Sikes, Arabella Dornhoff, and Avery Sikes; brother, Ron Dornhoff of Heartwell; sister, Julie Dornhoff of Johnsons Lake; sister-in-law, Goldie Dornhoff of Heartwell; as well as a host of nieces, nephews, other relatives and friends. He was preceded in death by his parents and one brother, Richard Dornhoff. Tributes of memory can be shared with the family at www.craigfunerals.com.

The family of John R. Dornhoff created this Life Tributes page to make it easy to share your memories.

Send flowers to the Dornhoff family.