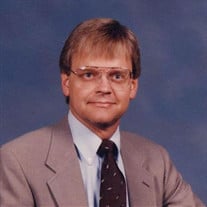 Larry Eugene Weedlun, son of Merle and Garnett (Stadler) Weedlun (both from Minden, Nebraska) was born February 13, 1948 in San Diego, California. His father was a career Navy officer with many tours of duty, so Larry grew up in a variety of locations including Oakland, CA; Alexandria, VA; Honolulu, HI; Mechanicsburg, PA; Guam; Warren, MI and finally, starting in 1962, Arvada, CO. Naturally athletic, Larry excelled in a number of sports. Starting at a young age, he was a talented baseball player. During his senior year at Arvada Senior High School he was tapped to play on the High School All-Stars baseball team. He graduated in 1966 and went on to study at the University of Colorado-Boulder where he graduated in 1971 with a bachelor’s degree in Business. Following graduation, he completed boot camp with the Army National Guard and shortly after returning, he wed his college girlfriend, Toni Renee Fairless, in 1972. To that union, was born their only daughter, Noelle Renee Weedlun. After some short-term careers with CFI and Honeywell, Larry found his niche as a car salesman with Stevinson Toyota in Lakewood, CO, where customers responded well to his non-aggressive, easygoing conversational style. Away from work, he took part in competitive skiing, racquetball, bowling leagues, and golf tournaments where his athletic skills made him a difficult opponent to beat. For most of his adult life, Larry struggled with bipolar disorder and the resultant periods of mania and/or depression. During one hospitalization, he fell and broke his neck, one of many times he would be close to death. It took many months, but he eventually recovered from total paralysis, though he never completely regained to his full physical abilities. Over next few decades, various ailments brought on by continual physical degeneration led to his passing on December 16, 2018 at New Dawn Memory Care in Aurora, CO. He is preceded in death by his parents and will be interned with them at Minden Cemetery in Minden, NE. A graveside tribute is being planned for 2019. Survivors include his daughter, Noelle Buben of Santa Barbara, CA, her husband Eric and their children, Kylie and Ashton. He also leaves behind his brother, Tim Weedlun of Cabin John, MD, and brother-in-law Mike Miller. In addition, he was close to his Colorado cousins, Deborah Maxwell and Dixie Major, of Arvada. In lieu of flowers, the family is asking that any memorial donations in his name be made out to The Denver Hospice, who provided comfort in his final days.

Larry Eugene Weedlun, son of Merle and Garnett (Stadler) Weedlun (both from Minden, Nebraska) was born February 13, 1948 in San Diego, California. His father was a career Navy officer with many tours of duty, so Larry grew up in a variety... View Obituary & Service Information

The family of Larry E. Weedlun created this Life Tributes page to make it easy to share your memories.

Send flowers to the Weedlun family.