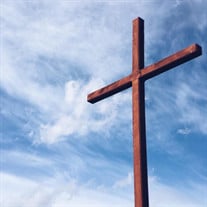 Martha I. Snyder, 79, of Bloomington, passed away on Friday, January 8, 2021 at her home in Bloomington. Private family graveside services will be held at Ft. McPherson National Cemetery near Maxwell. There will be no public visitation. Memorials in Martha’s honor are kindly suggested to the family for later designation. Craig Funeral Home in Minden is in charge of the arrangements. Martha Idella Snyder was born on September 5, 1941 in Oconto, Nebraska to Leo M. and Tillie A. (Mason) Martin. She grew up in the Oconto area and graduated from Oconto High School. She furthered her education at Kearney State College where she received a degree in accounting. On August 12, 1988, she was united in marriage to Richard Snyder in Ord. The family made their home in Litchfield, Hyannis, Wyoming and later Bloomington. Martha worked for many years in the business office at Spady Chrysler in Kearney. Martha enjoyed collecting books, doing bead work and scroll work, and spending time with her family. She especially enjoyed reading scriptures with her close friend in Hyannis. Those left to cherish her memory include her husband, Richard Snyder of Bloomington; son, Willard “Lucky” Howard; daughters, Christina (Albert) Frazer of Pleasanton, and Terri (Gary) Radford of Montana; grandchildren, Andrew, Matthew, Dustin, Rebecca, and Joseph; 15 great-grandchildren; brothers, Floyd Martin of Lincoln, and Dale Martin of Elm Creek; sisters, Joyce (Larry) Nielson of Upland, and Lilian Martin of Texas; as well as a host of extended relatives and friends. She was preceded in death by her parents and one brother, Marion Martin. Tributes and memories can be shared with the family at www.craigfunerals.com.

Martha I. Snyder, 79, of Bloomington, passed away on Friday, January 8, 2021 at her home in Bloomington. Private family graveside services will be held at Ft. McPherson National Cemetery near Maxwell. There will be no public visitation.... View Obituary & Service Information

The family of Martha I. Snyder created this Life Tributes page to make it easy to share your memories.

Send flowers to the Snyder family.