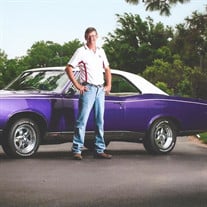 Neil V. Jurgens, 62 years of age from Minden died on Wednesday, June 8, 2016 as a result of an auto accident west of Minden. Funeral services will be on Monday, June 13, 2016 at 11:00 a.m. at the Bethany Lutheran Church in Minden with Rev. Donald Hunzeker officiating. Visitation will be at the Layton-Craig Funeral Home in Minden on Sunday from 5-7 p.m. Burial will be in the Minden Cemetery. Neil was born on October 21, 1953 in Minden, Nebraska to Donald and Gladys (Thurnau) Jurgens. He grew up in the Wilcox-Hildreth areas and graduated from Wilcox High School. Neil received a certificate from UNK and an associates degree from Lincoln School of Business. On February 23, 1991 he married Mary Ann Bevard. They lived in Minden. Neil worked for Cargill for many years. He was a member of the Bethany Lutheran Church in Minden, member of the Lutheran Brotherhood, and has served on the Minden Vol. Fire Dept. for 25 years. He enjoyed his classic cars, especially his GTO, working on their rental properties, and visiting his mother. He loved being around his family. Memorials are suggested to the Minden Vol. Fire or the Bethany Lutheran Church. Survivors include his wife, Mary Ann of Minden; daughters, Melissa Jakubowski and husband, Mike and their daughter, Taylor of Grand Island, daughter, Sarah Rockefeller and husband, Scott and their son, Jayden (Jake) of Minden; step daughter, Shawntel Daniell and her daughter, Natalia of Minden; step daughter, Carmen Dixson and husband, Tom and their son Matthew of Minden; step son Tirzo Borrego and wife, Roslyn and their children, Meekial, Gibreal, Ishmael, Tirzo Jr. and Edmundo of Winston Salem, NC; step son, Jose Borrego of El Paso, TX; his mother, Gladys Jurgens of Minden; adopted children/grandchildren Mike and Stacy Whitten and their children, Isabella, Olivia and Addlyn; adopted granddaughter, Laynee Ferguson; three brothers, Rodney Jurgens and wife, Rita of Wilcox, Kendall Jurgens of Wilcox and Gary Jurgens and wife, Carol of Omaha and many nieces and nephews. He is preceded in death by his father, Donald Jurgens and brother, Norman Jurgens.

Neil V. Jurgens, 62 years of age from Minden died on Wednesday, June 8, 2016 as a result of an auto accident west of Minden. Funeral services will be on Monday, June 13, 2016 at 11:00 a.m. at the Bethany Lutheran Church in Minden with Rev.... View Obituary & Service Information

The family of Neil Vaughn Jurgens created this Life Tributes page to make it easy to share your memories.