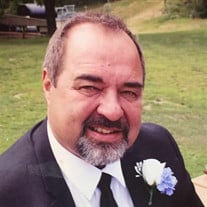 Rick Bergsten INDEPENDENCE, MO – Rick Bergsten, 62 years of age from Independence, MO, formerly of Minden, NE, died June 12, 2017, at his home of natural causes. He was a beloved father, grandfather and man about town. Funeral services will be on Wednesday, June 28, 2017, at 2 p.m. at the Bethany Lutheran Church in Minden with Rev. Donald Hunzeker officiating. Layton-Craig Funeral Home in Minden is in charge of arrangements. Rick was born March 26, 1955, to Fred and Alicia (York) Bergsten of Minden, Nebraska. On August 17, 1975, he married Donna Nelson also of Minden. Their marriage was blessed with four sons; Josh, Jordan, Dillon and Spencer. One of his greatest joys was being a walk-on linebacker in Tom Osborne’s first recruiting class on the University of Nebraska football team. His promising football career ended abruptly his freshman year in an unfortunate shoulder injury. Rick and Donna lived in Kearney, Lincoln, Omaha and Kansas City. Rick worked in the construction industry in carpentry and sales. His craftsmanship can be witnessed in dozens of decks, sunrooms, and other additions he lovingly and meticulously designed and constructed throughout the Kansas City area. Rick was well known for his eagerness to lend a helping hand in anything from a small repair to a mounting household crisis. Rick spent the last two weeks of his life providing 24 hour in-home nursing care for his father who passed away June 22, 2017. Survivors include his four sons-- Josh and wife, Nicole; Jordan and wife, Becca; Dillon and wife, Leah; and Spencer and wife, Kristi; grandchildren Emma, Levi, Haleigh, Maggie, Noah, Maxton and Reese; his father, Fred; brother Don Bergsten and his wife, and children. He is preceded in death by his mother and one grandson, Kyler. Rick’s father passed away on June 22, 2017.

The family of Rick Bergsten created this Life Tributes page to make it easy to share your memories.

Send flowers to the Bergsten family.