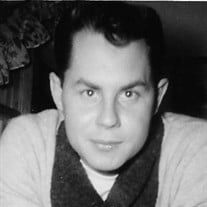 Robert G. “Bob” Heitman, 79 years of age from Minden passed away on Saturday, July 1, 2017 at CHI Good Samaritan Hospital in Kearney. Funeral services will be on Thursday, July 6, 2017 at 11:00 a.m. at the United Methodist Church in Minden with Rev. Paul Blanchard officiating. Burial will be in the Fredericksburg Lutheran Cemetery south of Minden with burial rites provided by the Minden American Legion and the Heartwell VFW. There is no public visitation. Craig Funeral Home is in charge of arrangements. Bob requested casual attire for his funeral. Bob was born on May 10, 1938 in Wichita, KS to Paul and Minnie (Torske) Heitman. He grew up in North Platte and graduated from North Platte High School in 1957. He served in the U.S. Navy; then returned to the North Platte area. On February 9, 1963, he married Barbara “Bobbie” Sivits in North Platte, and they lived in North Platte where Bob worked for North Western Bell as a telephone technician. They moved to Minden in 1969. Bob retired from Qwest, and they remained in Minden. Bob was a member of the United Methodist Church in Minden, the Eagles and American Legion Post #94 in Minden. He enjoyed reading about history, completing construction projects around the house, collecting coins and being around his family. Survivors include his wife, Barbara “Bobbie” of Minden; son, Nick Heitman of Kearney; daughters, Lori Borgmann and husband, Scott of Shelton and JoAnn Vohland and special friend, Vincent Sumstine of Minden; four grandchildren, Scotty and Jacob Borgmann, Tyson Schroeder and Jessa Vohland and special friend, Trey Stombaugh; two great grandchildren, Brody and Jack Borgman; brother, Ron Heitman and wife, Marty of Council Bluffs, Iowa; sister, Ruth Ann Maginn and husband, Paul of Omaha and also by numerous nieces, nephews and cousins. He is preceded in death by his parents.

The family of Robert "Bob" Heitman created this Life Tributes page to make it easy to share your memories.

Send flowers to the Heitman family.