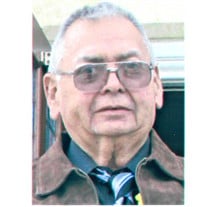 Robert L. Horton “Uncle Bob” went to be with our Lord on Thursday, June 25, 2020. Graveside services will be held at 2:00 p.m. on Monday, June 29, 2020 at Macon Union Cemetery with the Rev. Philip Sloat officiating. The family asks that you bring a lawn chair for comfort and to assist with recommended social distancing. Visitation will be held from 2:00 p.m. to 6:00 p.m. on Sunday, June 28, 2020 at Craig Funeral Home in Minden. Current CDC recommendations will be followed. Memorials in Robert’s honor are kindly suggested to the family for later designation. Craig Funeral Home is in charge of arrangements. Robert was born June 2, 1941 in Scottsbluff, NE. In March of 1942, he was received into the loving arms of Rose Elizabeth (Knaub) and Leo Charles Horton of McCook. A short time later, Robert was baptized into the McCook Methodist Church, where he was also confirmed several years later. He attended McCook Elementary and High School, graduating in May of 1959. After school and summers, Robert helped his father in their family business, “Horton Typewriter Company”. After graduation, Robert decided to enlist in the U.S. Navy. On December 29, 1959 Robert left his home for boot camp. While in the Navy, Robert served on the USS Graffias and USS Firedrake AE14. His adventures took him to the Aleutian Islands, Far East, Japan, Philippines, Vietnam and other naval ports. Robert served as ships cook, feeding over 3500 sailors daily. One of Robert’s fondest memories while in the Navy was when he was stationed in Sasebo Japan. On leave he would go to the Catholic Church and spend time with Father Harr, who was also from McCook. While staying at the church, Robert became friends with several of the young men of the church. They would often attend the movies together; Robert would mentor them in English, while they taught him Japanese. He was honorably discharged in December of 1963, and Robert returned home to work again in the family business. In September 1966, Robert was employed by the Nebraska State Patrol as a Dispatcher. However, in 1983 Robert left NSP and established his own business, Road Runner Freight Services, delivering auto parts in Wyoming, Colorado and Nebraska. On September 19, 1992, he was wed to Patty (Bunger) of rural Franklin, NE. In 1992, Robert and Patty became managers of the Midlands Lodge in Hastings. After the motel sold, Robert and Patty decided to move to Grand Island and became managers of the U.S.A. INNS of America, where they resided for 15 years. When this motel sold, Robert decided it was time to retire, Robert and Patty moved to Macon. In Robert’s free time, he was an avid fisherman, hunter and collector of HO scale trains. He also spoke often of his younger days and Horseback riding. Robert was preceded in death by his parents. Those left to mourn his loss include his wife, Patty; sister, Linda Lemmert of Concordia, MO; nephews, Daniel Lemmert and his wife, Rebecca of Concordia, MO, Ron Lemmert and his wife, Jody of Ogallala; mother-in-law, Beulah Bunger of Franklin; sisters-in-law, Susan Ladman and her husband, Gary of Franklin, Cynthia Bunger and Scotty Hames of Pleasantdale, Linda Edwards and her husband, Jerry of Omaha; as well as a host of cousins, great nieces and nephews, neighbors and friends. Tributes and memories can be shared with the family at www.craigfunerals.com.

The family of Robert L. Horton created this Life Tributes page to make it easy to share your memories.

Robert L. Horton “Uncle Bob” went to be with our Lord on Thursday,...

Send flowers to the Horton family.