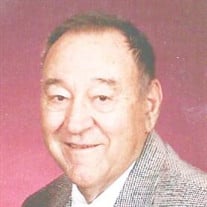 Robert Leeroy Vitera, 78 years of age from Minden, NE passed away on Friday, June 10, 2016 at the Kearney County Health Services-LTC. Funeral services will be on Tuesday, June 14, 2016 at 3:30 p.m. at the St. John’s Catholic Church in Minden with Father James Benton officiating. There is no public visitation. Burial will be in the Minden Cemetery. Layton-Craig Funeral Home in Minden is in charge of arrangements. Bob was born December 12, 1937 in Cheyenne Wells, CO to Cyril and Ruth (Brooks) Vitera. He attended grade school at Sacred Heart Catholic School through the tenth grade. When Bob was ten years old he had polio and spent that summer in a CO Springs hospital. His junior and senior years he attended Cheyenne Wells High School where he helped the basketball team win back-to-back state championships and was an all-state selection. He also played football and baseball in High School. Bob’s parents owned and operated a Skelly service station so he learned to pump gas, change tires and other automotive duties. He also was a lifeguard and manager of the city swimming pool. Bob did farm labor for Harold Wales who owned several small grain elevators. Harold was a mentor and taught Bob about the grain business and later grain fumigation. After graduating High School in 1955, Bob enrolled at Colorado A&M in Fort Collins. His major was agriculture and he did his student teaching in Montrose, CO but never taught school. Bob was a proud member of the FarmHouse Fraternity. During Bob’s sophomore year of college the school went through a name change and in 1959 Bob graduated from Colorado State University, Fort Collins, CO. He enlisted in the Colorado Army Reserve and had basic training in Fort Leonard Wood, MO. From there the Army sent him to Fort Devens, MA just outside of Boston for intelligence and communications training. Bob returned to Denver and for a short time was an assistant county agent for Thornton County. Harold Wales asked Bob in May of 1960 to come back to work for him as a salesman in CO, KS, & NE. Bob got so much business Harold told him to select a second location for Harmack Fumigation Company. Bob chose Minden, NE and set up the business just outside the city limits north of the cemetery. Harmack Fumigation Company became Harmack, Inc. and sold agricultural chemicals. In the fall of 1961, Bob met Karen Long, a 5th grade teacher in Minden and married on June 23, 1962 at St. John the Baptist Catholic Church in Minden, Nebraska. From this union four children were born: Lorraine, Valerie, Robert and David. In 1972 when Bob was president of the Minden Lions Club and Minden City Recreation committee, he started the t-ball program. He coached for a number of years. In addition Bob organized the Lions Club newspaper recycling program and kept it running until the city of Minden started picking up weekly curbside. He was a member of the Minden Lions Club for over 33 years. Harmack was in business for over 45 years and his brother-in-law, Bob Long, worked along side him from 1970 until it closed in 2006. Bob enjoyed all of his family and particularly watching the grandchildren in all of their activities. He was a lover of all sports; especially Husker football and KC Royals baseball. He also enjoyed duck and goose hunting. Bob is survived by his wife of nearly 54 years Karen Vitera of Minden, their four children Lorraine Swanson and her husband, Toger of Bellevue, Valerie Wentworth and her husband, David of Omaha, Rob Vitera and his wife, Laura of LaVista, and Dave Vitera and his wife, Deb of Grand Island; twelve grandchildren, Rachel Swanson of Chicago; Audrey Swanson of Lincoln; Evan and Lindsay Swanson of Bellevue; Jessica Wentworth of Kirksville, MO; Tiffany Wentworth of Omaha; Lillian, RJ and Isaac Vitera of LaVista; and Brianna, Ryan and Mitchell Vitera of Grand Island; brother-in-law Bob Long of Minden. He is preceded in death by a sister, Mary Francis (Vitera) Kliesen. In lieu of flowers because of family allergies, memorials are suggested to the St. John Baptist Catholic Church; Box 245, Minden, NE 68959 or a charity of the donor’s choice.

The family of Robert "Bob" Vitera created this Life Tributes page to make it easy to share your memories.

Send flowers to the Vitera family.