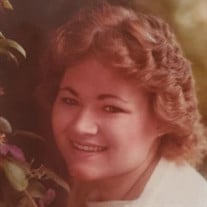 Robyn M. Nelson, 55, of Minden, passed away on Monday, January 24, 2022 at her home. Memorial services will be held at 2:00 p.m. on Friday, February 4, 2022 at St. John’s Catholic Church in Minden with Fr. Evan Winter officiating. There will be no visitation as the family has honored her wish to be cremated. Private family inurnment will be held at a later date. In lieu of flowers, memorials are suggested to the family for later designation. Craig Funeral Home is in charge of arrangements. Robyn M. Nelson was born on November 24, 1966 in Central City, NE to Ronald and Roene (Travis) Lassek. She grew up in the Fullerton area and attended school there, later graduating from Millard High in Omaha. She then continued her education in Texas, where she obtained her L.P. N. Robyn held a previous civil-union to Roy Ryan, in which two children were born: Morgan Ryan and Samantha Ryan. She was united in marriage to Guy T. Nelson on February 20, 1998 in Minden and to this union one child was born: Brittany Price. The family made their home in Minden where she was employed by Kearney County Health Services. In the late 80’s she worked at Mosaic for 3 years. She also lived in Lubbock, TX. Robyn enjoyed reading, watching her grandchildren, and getting her nails done. She loved catching up with family and friends. Those left to cherish her memory include her husband, Guy Nelson of Minden; son, Morgan Ryan of Pensacola, FL; daughters, Samantha Ryan of Kearney, and Brittany (Robert) Price of Minden; mother, Roene (Steve) Bartle; grandchildren, Jakob, Nova, Austin and Oakley; “her adoptive children”, Alexis and Dakota Price; brothers, Todd Lassek and Mitch Lassek; and sister, Cindy Lassek Ghandour; as well as several extended relatives and close friends. She was preceded in death by her father, Ronald Lassek; grandparents; and uncle, Ron Travis. Tributes and memories can be shared with the family at www.craigfunerals.com.

The family of Robyn M. Nelson created this Life Tributes page to make it easy to share your memories.

Customized sympathy cards. Mailed for you.