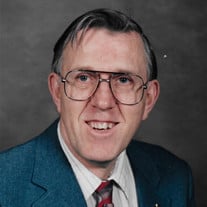 Roger Allen Blank, 73, of Minden, formerly of Wilcox entered into the fullness of faith on Wednesday, February 8, 2017 at Bethany Home, Minden, NE. Funeral services will be Saturday, February 11, 2017 at 10:30 a.m. at Trinity Lutheran Church in Hildreth with Revs. Patti and Steve Byrne officiating. Burial will be in the Hildreth Cemetery. Visitation will be one hour prior to the funeral service at the church. Roger was baptized as a Child of God April 18, 1943 at St. Peter’s Lutheran Church in Hildreth, NE. He confirmed his faith June 29, 1958. Roger was born March 10, 1943 to Walter Leslie and Marie Johanna (Casper) Blank and grew up happily on the family farm 8 miles south of Wilcox with his brothers Delton and Steven and sister Diane. On many occasions Roger would be his Grandpa Harry Blank’s “sidekick” on day trips across Nebraska. He attended Wilcox Public School and graduated with the all boy class of 1962. Roger enjoyed his years as a custodian at Kearney State College and retired in 1989 when it became the University of Nebraska at Kearney. He sold his home in Kearney and purchased a home in Wilcox not far from his parents. He liked to help his Mom with her gardening and mowing their yards. Roger was a member of St. Peter’s Lutheran Church and Trinity Lutheran Church of Hildreth, NE. Rogers leaves to mourn his passing his sister, Diane Epley of North Platte; his brother, Steven and wife Debbi Jo of Wilcox; sister-in–law Janet Blank of Wilcox; nieces, nephews, and cousins; and his extended family at Bethany Home. Those rejoicing in his heavenly reunion are his father, Walter who passed in 2005; mother, Marie in 2006; brother-in-law, Carl Epley in 2007; and brother, Delton in 2012. “But those who wait for the Lord shall renew their strength, they shall mount up with wings like eagles, they shall run and not be weary, they shall walk and not faint.”—Isaiah 40:31.

The family of Roger Allen Blank created this Life Tributes page to make it easy to share your memories.

Send flowers to the Blank family.