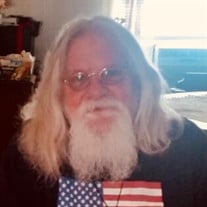 Roger W. Durr, Sr., 66, of Lincoln, NE, formerly of Minden, passed away Wednesday, February 19, 2020 at Bryan West Medical Center in Lincoln. Graveside services will be held at 11:00 a.m. on Saturday, February 29, 2020 at Minden Cemetery with the Rev. Christopher Hazzard officiating. There will be no visitation as the family has honored Roger’s wish to be cremated. Memorials in Rogers honor are kindly suggested to the family for later designation. Craig Funeral Home is in charge of the arrangements. Roger Wayne Durr, Sr. was born on August 24, 1953 in Gary, Indiana to John and Barb (Doolin) Durr. He grew up in the Gary area and attended school at Gary High School. Roger then attended Tennessee College of Applied Technology for pipefitting in Oakridge, TN. He was united in marriage to Cindy L. Gant on June 13, 1985 in Kearney, NE, and to this union two children were brought together: Matthew and Roger Jr. The family made their home in Minden, NE where he was employed by Kearney County, Brown Transfer and was self employed at Just Durr Trucking. Roger was a member of Shepherds Chapel Church in Gravette, Arkansas, where he studied the word of God. He was passionate about learning, believing, and living a Christian faith. He loved to spend time on his motorcycle when time allowed, and he made several trips to Sturgis. Roger loved his dog, Maggie, who often went to work with him in his truck, she was his best helper. Roger had the gift of gab and never met a stranger that he couldn’t talk to. He enjoyed driveway conversations with neighbors and friends, while enjoying a cold beer. Roger enjoyed watching his grandkids grow up, and spending time with them being a kid himself. He was proud owner of Just Durr Trucking, a company anyone could depend on with millions of miles driven accident free. Those left to cherish his memory include: his wife, Cindy Durr of Lincoln, son, Matthew (Stacy) Durr and grandchildren, Caleb and Abigail Durr all of Lincoln; mother, Barbara Durr of Kentucky; brothers, Bob Durr of Arkansas, Jack Durr of Tennessee, George Durr, Ray Durr and Paul Durr all of Kentucky; sister, Diane Durr of Kentucky; as well as a host of nieces, nephews and friends. Roger was preceded in death by his son, Roger Wayne Durr, Jr.; his father, John; and his grandparents. Tributes and memories can be shared with the family at www.craigfunerals.com.

The family of Roger W. Durr Sr. created this Life Tributes page to make it easy to share your memories.

Send flowers to the Durr family.