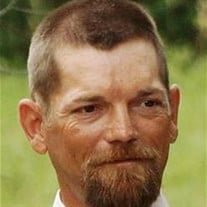 Ryan Matthew Severson, 35 years of age from Naponee, Nebraska died on Sunday, March26, 2017 at his home north of Naponee. Celebration of Life services will be on Saturday, April 1, 2017 at the Trinity Lutheran Church in Hildeth at 11:00 a.m. with Reverends Patti and Steve Byrne officiating. Private family burial will be at the Emmanuel Lutheran Cemetery south of Hildreth. Jelden-Craig Funeral Home in Minden is in charge of arrangements No visitation. Ryan was born August 31, 1981, in Kearney, Nebraska to Willard Severson and Diane (Stratman) Severson and became a child of God through baptism as an infant. He passed from this life on March 26, 2017, at his home near Naponee, Nebraska. Ryan suffered from a long term illness that led to him having three kidney transplants over the course of his life. He faced this adversity with courage and a sense of humor. Ryan attended Franklin Public Schools and graduated in 2000. He said the only time he really felt “normal” was when he was working. He was employed by several local farmers over the years, finding as much pleasure in the relationships he developed with the “old farmers” as he did in working the land. His love of God, people and animals was something he proclaimed boldly. His relationship with Jesus was an example to us all. He gladly shared his steadfast faith in both word and how he lived. Ryan anticipated “running into the outstretched arms of Jesus and giving, (his sister) Kristi a long overdue hug.” Ryan truly embraced life. He spent many happy hours in the company of his best friends, his dogs, Loki and Kiya. Their greatest adventure was living in a teepee one winter enduring a series of winter storms. It was here he found quiet peace.   Children were particularly influenced by Ryan’s acceptance of their individuality and uniqueness. He became a role model for many area youth. Ryan loved to amble through the countryside with Loki and Kiya observing nature in all it’s glory. While he was an excellent marksman, Ryan did not hunt, unwilling to hurt any living thing. The joy Ryan brought to family and friends over the years has been a gift. Survivors include constant companions, Loki and Kiya (Ryan always said they were not his dogs, he was their “human”); mother, Diane Kelly of Naponee and Dave Schubert; father, Willard Severson of Bloomington and brother-in-law, Alan Loschen of Wilcox; aunts, uncles, cousins and many, many friends. Ryan was proceeded in death by his sister, Kristi (Severson) Loschen in 2010; stepfather, David Kelly in 2007; maternal grandparents, Harvey and Evelyn Stratman and paternal grandparents, Henry and Rosalia Carney.

Ryan Matthew Severson, 35 years of age from Naponee, Nebraska died on Sunday, March26, 2017 at his home north of Naponee. Celebration of Life services will be on Saturday, April 1, 2017 at the Trinity Lutheran Church in Hildeth at 11:00 a.m.... View Obituary & Service Information

The family of Ryan Matthew Severson created this Life Tributes page to make it easy to share your memories.

Send flowers to the Severson family.