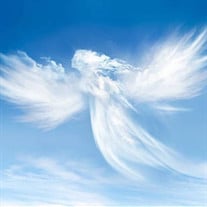 Sherry Mae Deisley, 67, of Minden, passed away on Wednesday, December 5, 2018 at Bryan Medical Center in Lincoln. Memorial services will be held at 10:30 a.m. on Friday, December 14, 2018 at the Minden United Methodist Church with the Rev. Becky Saddler and Rev. Peter Choi officiating. There will be no visitation as the family has honored Sherry’s wish to be cremated. Memorials in Sherry’s honor are kindly suggested to the family for later designation. Craig Funeral Home is in charge of the arrangements. Sherry was born on July 15, 1951 in Minden, Nebraska to Maynard and Elsie (Purdy) Hall. She attended school in Minden and graduated from Minden High School. She was united in marriage to Bruce A. Deisley on November 4, 1969 in Norman, Nebraska. The couple was blessed with two sons, Chad and Mitch. The family made their home in Norman until moving to Minden in 2007. Sherry worked in the medical field as a care giver for many years. She was a very kind person and loved everyone she met. She often times placed others needs before her own. She enjoyed reading the Bible, spending time with family, especially watching her grandchildren’s sporting activities and collecting angel figurines. Those left to cherish her memory include her husband Bruce of Minden; sons, Chad (Krissy) Deisley of Arapahoe, NE and Mitch (Jill) Deisley of Pleasant Dale, NE; grandchildren, Morgan, Tanner, Johnathan and Madison Deisley; siblings, Ernie, Arligh, Billie, Mick, Stan, Russell, Tad and Cindy; mother-in-law, Eleanor Deisley; sister-in-law, Jeri (Terry) Danielson; as well as a host of nieces, nephews, other relatives and friends. She was preceded in death by her parents; brother, Rick Hall; father-in-law, Marvin Deisley; daughter-in-law, Paula Deisley and brothers-in-law, Bob and Jerry Deisley. Tributes of memory can be shared with the family at www.craigfunerals.com.

Sherry Mae Deisley, 67, of Minden, passed away on Wednesday, December 5, 2018 at Bryan Medical Center in Lincoln. Memorial services will be held at 10:30 a.m. on Friday, December 14, 2018 at the Minden United Methodist Church with the Rev.... View Obituary & Service Information

The family of Sherry M. Deisley created this Life Tributes page to make it easy to share your memories.

Sherry Mae Deisley, 67, of Minden, passed away on Wednesday,...