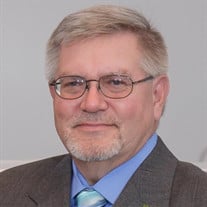 Steven Duane Panter, 63, of Holdrege, died Wednesday, September 11, 2019, at the Kearney Regional Medical Center. Services will be at 10:00 am on Monday, September 16, 2019 at Trinity Lutheran Church in Hildreth with Rev. Kari Foss officiating. Burial will be held following services at 1:30 p.m. at the Kearney Cemetery. Visitation will be held from 4:00 pm to 6:00 pm Sunday, September 15, 2019 at the Craig Funeral Home – Jelden Chapel in Hildreth. In lieu of flowers, memorials are suggested to the Hildreth Volunteer Fire Department or to Live On Nebraska, a Donate Life Organization. Craig Funeral Home is in charge of arrangements. Steve was born August 29, 1956, in Smith Center, KS, to Duane and Lela (Gerstenkorn) Panter. He was baptized at St. John Lutheran Church in Athol, KS, and confirmed at St. Paul Lutheran Church in Hildreth, NE. The family lived in Kansas until moving to Hildreth in 1966 where Steve attended Hildreth Public Schools and graduated in 1974. Steve lived and worked in the Axtell/Keene area. Steve moved to Kearney in 1982. Steve was blessed with two daughters, Cecilee and Moriah, and they made their home in Kearney. Steve was a member of First Lutheran Church and took great pride in making wooden crosses for his church family. His daughters had paper routes in Kearney and they talked their dad into doing their routes especially on weekends, he would then bring home donuts. Later on, Steve worked for Black Motors in Holdrege and then enjoyed working with his brother and sister-in-law in Holdrege with a rental van partnership. Steve's hobbies included bowling, golfing, baseball, collecting baseball cards, and recently attending trivia challenges. Steve enjoyed watching all sports, especially his Kansas City Royal and Huskers. He loved to celebrate the 4th of July and taking his dad’s Jeep out for the Hildreth parade. Steve was extremely proud and happy when he became a grandfather this past May. He is survived by his daughter, Cecilee Huelsnitz and husband Blake of Grand Island; grandson, Broderick; mother, Lela Panter of Hildreth; sister, Jacquie Slagle and husband Joe of Kearney; brother, Joel Panter and wife Denise of Holdrege; sister, Mileah Panter of Kearney; aunts, Betty Smith and Roseanne Panter of Kansas; cousin, Deb Murrish of Missouri; and many other nieces, nephews, cousins, and friends. Steve was preceded in death by his daughter Moriah, his father Duane, and both sets of Grandparents. Tributes of memory can be shared with the family at www.craigfunerals.com.

The family of Steven D. Panter created this Life Tributes page to make it easy to share your memories.