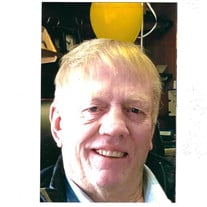 Stewart Lee Anderson, 82, of Axtell, passed away April 1, 2020 at Kearney Regional Medical Center after a long battle with Lewy Body Dementia. A celebration of life will be held Saturday, July 18, 2020 at 3:00 p.m.at the Axtell Trinity Lutheran Church with Rev. Gale Dorn officiating. A private family burial will be held at a later date. A memorial has been established in Stewart’s name and suggested to the family for later designation. Craig Funeral Home is in charge of arrangements. Stu was born on June 23, 1937 in Minden, Nebraska to Gaylord and Doris (Lonnquist) Anderson and an older brother, Morris. Stu was baptized and confirmed at Trinity Lutheran Church in Axtell. Stu attended Axtell Community School and graduated in 1955. After graduation, Stu attended Gustavus Adolphus College in St. Peter, Minnesota and graduated in 1959 with a Bachelor of Arts and Business degree. Stu enjoyed many memorable times and made several life-long friends while attending Gustavus. After graduation, Stu came back home to Axtell where he formed a partnership, G&S Farms, with his father, Gaylord. They farmed and raised livestock together. In 1960, Stu married Jane Lea Schwartz from Hildreth, Nebraska. They were blessed with three sons; twins, Timothy Lee and Thomas Lee in 1961, and Mathew Lee in 1964. Stu loved farming and raising livestock. He was a progressive and forward-thinking farmer who was innovative in developing new and improved ways to run their operation. He bought undeveloped land and started a land leveling business to develop crop ground to allow gravity and pivot irrigation. Stu had an incredibly strong work ethic but loved his work and had a clear vision of his goals and ambitions. He was highly driven and self-motivated, always having multiple business deals and projects going on at once. In 1973, life changed with the tragic unexpected death of his wife, Jane Lea, who was 31 at the time. Stu was now responsible for running his business and caring for 3 young, active boys in sports and school functions. In 1974, Stu married Judith Lee VanPelt Samuelson and adopted her two sons, Tony and Matt. Stu loved sports and with five boys he had many athletic events to attend. In later years, he followed his grandchildren’s activities when he could. In the 1980’s, Stu built a custom feed yard to find another income opportunity when farming was faced with economic challenges. He attended cattle sales daily in surrounding towns where he purchased cattle for himself and customers. He often took grandkids to the sale barns where they had many interesting stories and adventures. Stu enjoyed his work and continued to work until health issues made it difficult to be involved with day-to-day operations. Through his journey he had many close relationships and business partners. He enjoyed people, learning new things and working with his son and grandsons on the farm. He loved animals. His generosity was as huge as his heart. He was blessed by many good friends, hardworking loyal employees, his loving family and his faith in God. He was truly “one of a kind”. As he dealt with Dementia there were many people to thank: Hospice care providers, in-home care providers Kari Fishell, Bill Houchin, Amber Isaac, Dana French and her family, Wednesday Perkin’s buddy Gale Dorn and the loving care providers at Mount Carmel Nursing Home for the last seven months of his life. And of course, his loving family who was there for the entire journey. Stu is survived by his wife, Judy of 46 years; his sons and wives, Tim (Michelle), Tom (Steph), Matt Lee (Lisa), Tony (Courtney) and Matt Scott (Jennene); grandchildren, Jon, Marc (Brittney), Mitch (Paige), Ryan (Maddie), Lindsey, Blake, Meagan (Nick), Savannah, Cara, Curtis, Luke, Josie, Hollis and Grace; great-grandchildren, Jack, Caroline, Vanna, Jay, Ace and Baby Anderson (Ryan and Maddie) to be born in December; as well as Blake, Brenden, Bayley, Hannah and Joseph French who were like grandchildren to him; his brother, Morris; three brothers-in-law, seven sisters-in-law; as well as many nieces and nephews. He was preceded in death by his first wife, Jane Lea; his parents, Gaylord and Doris; two sets of in-laws; eight brothers-in-law; five sisters-in-law and many friends and relatives. Tributes and memories can be shared with the family at www.craigfunerals.com.

Stewart Lee Anderson, 82, of Axtell, passed away April 1, 2020 at Kearney Regional Medical Center after a long battle with Lewy Body Dementia. A celebration of life will be held Saturday, July 18, 2020 at 3:00 p.m.at the Axtell Trinity... View Obituary & Service Information

The family of Stewart L. Anderson created this Life Tributes page to make it easy to share your memories.

Send flowers to the Anderson family.