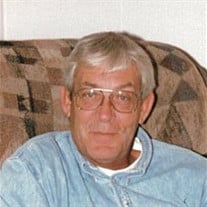 Thomas A. Hogeland, 71, of Hildreth, passed away on Thursday, October 10, 2019 at his home in Hildreth. A celebration of life open house will be held from 6:00 to 8:00 p.m. on Thursday, October 17, 2019 at Trinity Lutheran Church in Hildreth with Rev. Kari Foss providing prayers. Private family inurnment will be held at a later date. There will be no visitation as the family has honored Tom’s wish to be cremated. In lieu of flowers, memorials are kindly suggested to the family for later designation. Craig Funeral Home is in charge of the arrangements. Thomas Arnold Hogeland was born on April 10, 1948 in Minden to Arnold J. and Irene M. (Petersen) Hogeland. He grew up in Minden and graduated from Minden High School with the class of 1966. He then served his country with the Army National Guard until being honorably discharged in 1972. On September 8, 1967, he was united in marriage to Valerie K. Bunger in Upland, and to this union, four children were born: Carol, Michelle, Michael, and Amy. The family made their home in Minden until moving to Hildreth in 1973. Tom worked for the Minden and Hildreth Farmer’s Cooperative. In later years, he enjoyed working part-time for the Village of Hildreth. Tom was a former member of the Hildreth Volunteer Fire Department. He enjoyed spending time with his family, especially keeping up with his children and grandchildren’s activities. He enjoyed fishing, hunting, golfing, playing cards (his favorite game was four point pitch), and having morning coffee with friends at the coffee shop. Those left to cherish his memory include his wife Valerie of Hildreth; daughters, Carol Kohl and husband Benjamin of McCool Junction, NE, and Amy Kreft of York, NE; sons-in-law, Matthew Egenberger of Elm Creek, NE, and Terry Kreft of Olmitz, KS; four grandchildren, Trustin Kreft, Alyssa Kreft, Baylee Egenberger, and Blake Egenberger; sister, Judie Medina and husband Joe of Franklin, NE; as well as a host of extended relatives and friends. He was preceded in death by his parents; son, Michael Hogeland; daughter, Michelle Egenberger; and sister, Lynn Simeon. Tributes of memory can be shared with the family at www.craigfunerals.com.

The family of Thomas A. Hogeland created this Life Tributes page to make it easy to share your memories.

Thomas A. Hogeland, 71, of Hildreth, passed away on Thursday,...

Send flowers to the Hogeland family.