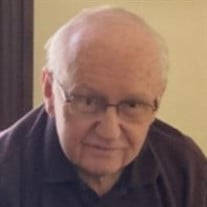 Thomas Glenn Jones, 78, of Bloomington, NE passed away on, November 20, 2021 in Bloomington, NE. Private family interment was held at the Maple Grove Cemetery in Bloomington. A Memorial Service will be held at 10:00 a.m. on Saturday, December 4, 2021 at The Church of Jesus Christ of Latter-day Saints in Phillipsburg, Kansas. Tom was born on April 30, 1943 in Grand Rapids, MI to Glen Jones and Phyllis Wheeler. He spent most of his childhood in Lyons, KS. He graduated from High School in Lyons, KS. While attending college in Phoenix, AZ Tom joined The Church of Jesus Christ of Latter-day Saints when he was 19. He then served a 2 year mission for the Church in the country of Guatemala. He came home to Lyons, KS and then was drafted into the Army where he served during the Vietnam War as a clerk in an Aviation Battalion. After he was honorably discharged, he continued his education at Brigham Young University in Provo, Utah and graduated with a BS in Psychology. He then went on to get a Masters Degree at Wichita State University in Wichita, Ks in Educational Psychology. He reentered military service as an Army Chaplain serving honorably for 20 years (including deployment to the Gulf War), retiring at the rank of Major in 1995. From there he went on to teach at various universities, also working as a counselor until his final retirement in 2008. When Tom was 26 years old, he married Louise Olsen in Oakland, CA on August 9, 1969. To this union were born 5 children: Benjamin Thomas of Draper, UT; Rebecca Louise (Mahaney) of Sparks, OK; Sara Beth (Beehler) of West Valley City, UT; Emma Ruth (Trier) of El Dorado, KS; Rachel Florence of Plano, TX. Tom later married Susan (Houston) Neil and added 3 step-children to his family: Tasha Lee (McDonald) of Charleston, SC; Christopher Jay Neil of Manassas, VA; Jason Elden Neil of Gooding, ID. Tom and Susan served in the Winter Quarters Omaha Temple of the Church of Jesus Christ of Latter-day Saints and also served as Family Search Missionaries for the Church in Franklin and Alma, NE. He served faithfully as Ward Clerk in Phillipsburg, KS for 7 ½ years. Tom had a strong testimony of the Lord Jesus Christ and shared it with his family and friends. He believed in the Atonement of Jesus Christ and looked forward to the day of his own resurrection when he would come forth in the morning of the first resurrection. Tom remained firm in his faith of Jesus Christ throughout his life.

Thomas Glenn Jones, 78, of Bloomington, NE passed away on, November 20, 2021 in Bloomington, NE. Private family interment was held at the Maple Grove Cemetery in Bloomington. A Memorial Service will be held at 10:00 a.m. on Saturday, December... View Obituary & Service Information

The family of Thomas G. Jones created this Life Tributes page to make it easy to share your memories.

Thomas Glenn Jones, 78, of Bloomington, NE passed away on, November...

Send flowers to the Jones family.