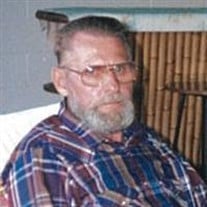 Wayne Robert Meyer, 92, of Minden, passed away on Tuesday, April 9, 2019 at St. Luke’s Good Samaritan Center in Kearney. Funeral services will be held at 10:00 a.m. on Saturday, April 13, 2019 at Bethany Lutheran Church in Minden with the Rev. Donald Hunzeker officiating. Interment will be held following services at the Minden Cemetery with military honors conducted by the Minden American Legion and Heartwell V.F.W. in conjunction with the United States Navy Military Honors Team. Visitation will be held from 5:00 to 7:00 p.m. on Friday, April 12, 2019 at the Craig Funeral Home in Minden. Memorials in Wayne’s honor are kindly suggested to the Bethany Lutheran Church in Minden. Craig Funeral Home is in charge of the arrangements. Wayne was born on March 2, 1927 in Glenvil, Nebraska to Christian Ludwig and Pauline Marie (Utecht) Meyer. He grew up and attended school in the Glenvil and Hastings area. He faithfully served his country in the United States Navy on the USS Sperry from April of 1945 until July of 1946. He was united in marriage to LouAnn Sinsel and to this union, four children were born, Jim, Judy, Jerry and John. He later married Ada Veenis Egge on February 7, 1970. The family made their home in Roseland and Upland, NE as well as Oswego, KS. He was a member of the St. Paul’s Lutheran Church in Oswego, KS. Wayne farmed and raised hogs and worked with heavy equipment and land leveling. He was also a member of the American Legion and enjoyed woodworking, gardening, fishing, canning and traveling. Those left to cherish his memory include his sons, Jim (Judy) of Florida, Jerry of West Hollywood, CA, Dennis Egge and Bob Egge of Kearney, and Jack (Sandy) Egge of Kansas City, MO; daughter, Nancy (Calvin) Jurgensen of Oswego, KS; daughter-in-law, Gloria Egge of Kearney; 17 grandchildren; 33 great-grandchildren; 6 great-great-grandchildren; sister, Ruth (Gerald) Leach of Marietta, CA; sisters-in-law, Myrna Meyer of Columbus, and Cletus Meyer of Grand Island; as well as a host of nieces, nephews, other relatives, and friends. He was preceded in death by his parents; his wife, Ada; daughter, Judy Meyer; son, John Meyer; daughter-in-law, Cinda Egge; three grandsons, Jared, Blake and Jackson; brothers, Melvin, Orval, Oscar, Ralph, and Charles Meyer, and his sister, Evelyn Grothen. Tributes of memory can be shared with the family at www.craigfunerals.com.

The family of Wayne R. Meyer created this Life Tributes page to make it easy to share your memories.

Wayne Robert Meyer, 92, of Minden, passed away on Tuesday, April...

Send flowers to the Meyer family.